Wishing our Jewish clients,colleagues and friends a good new year!

Today I did my smallest job ever: faux marble painting a repaired patch on credenza top to match the existing finish.

The scope of work may have been modest, but the view from the window was GRAND!

The 41st floor on Fifth Avenue and 57th Street shows the Plaza Hotel, Central Park and in the distance the Upper West Side, Harlem and even the shores of New Jersey.

The table top came out beautiful; my faux painting was a perfect match in color and texture. I forgot to take before and after pics, but the work set-up is below: 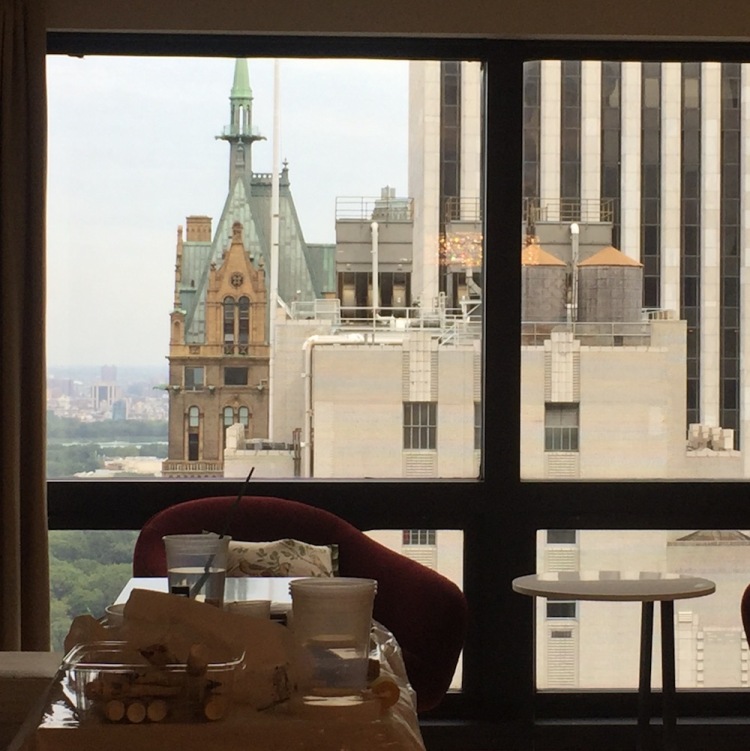 Work in progress: I started painting the recently restored ornamental plaster ceiling at the former Victoria Theater, dating back to 1917.

The plaster ceilings were restored by ASR and I started painting one section at a time. To match the original color scheme the entire surface is basecoated medium brown, on top of which the decorative elements are painted.

The theater itself was demolished to make place for the 27 story Renaissance at Marriott hotel and a residential tower, located next to the Apollo Theater in Harlem, NYC. The historic facade and lobby are being restored and will be incorporated.

The project will include retail space, an arts center, and several arts organizations, such as two black-box theaters to be managed by the Apollo Theater Foundation. The building represents a significant part of Harlem’s history and architectural heritage.

At a traditional Park Avenue apartment in NYC I executed a classic grey glazing technique in the dining room. The walls received a stippling gaze and the woodwork a soft striae.

The previous look was dark green, and a bit dated. The new grey finish still works very well with the dark antique furniture, but it gives the room a more contemporary feeling.

To get this particular result I made a record amount of color samples, ranging from all kinds techniques to many shades of grey, to variations in green and even eggplant. The client is a creative herself and has a very discerning eye.

As New York City entered phase 1 after the Covid virus lockdown, and construction has started up again, at some point late Summer Yvonne Verwer of YVStudio will be repainting this ornate lobby.

Below is a rendering of the proposed end result.

Here is what the space looked like a year ago:

Several details of this historic building were preserved and are being restored, including its lobby. After extensive plaster restoration has been completed, Yvonne Verwer will paint these intricate ceiling details to match the original finishes.

The lobby will be incorporated into the new property, which is a significant part of NYC’s history, culture, and architectural heritage.

Wishing our clients, colleagues and friends the very best for 2020! 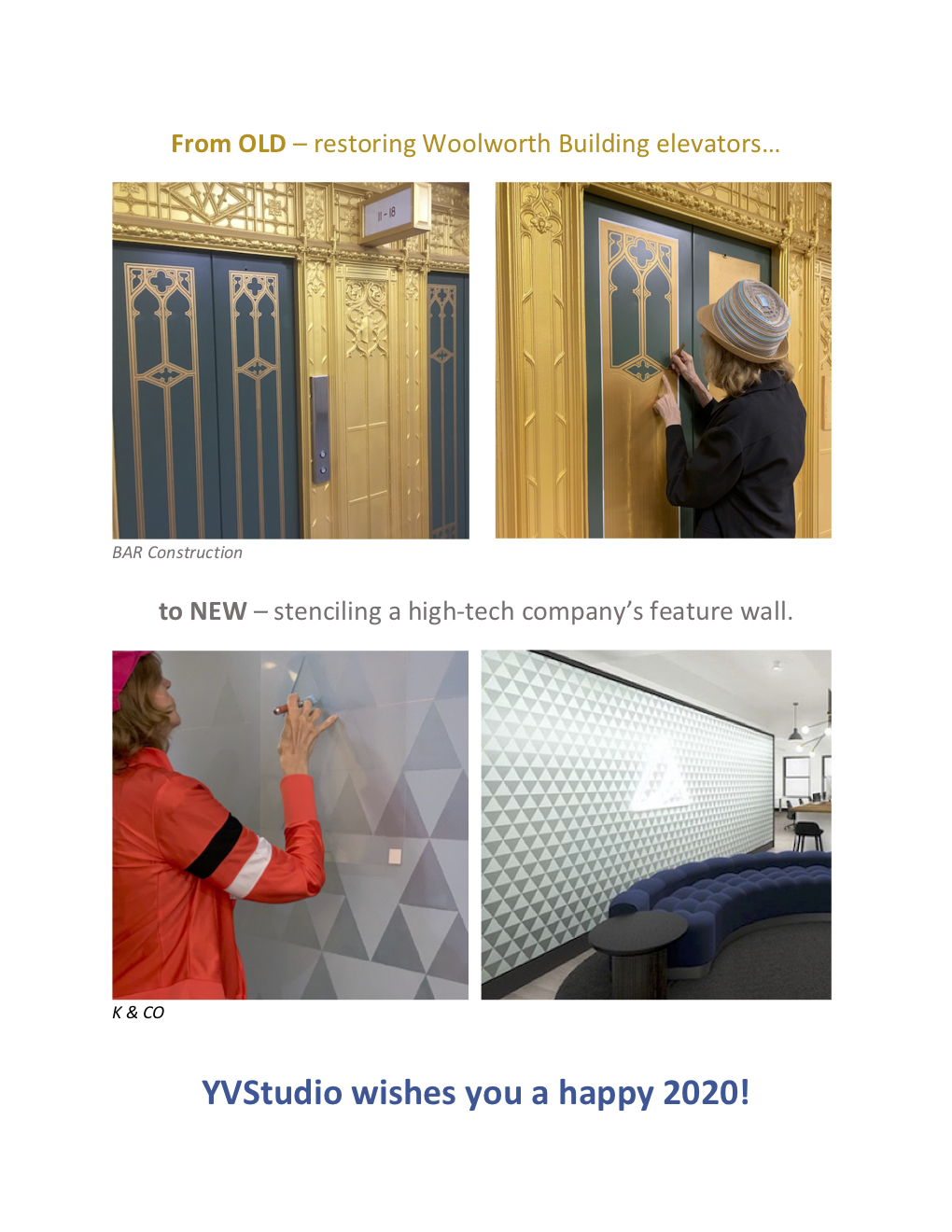 VEVO, the world’s leading video and music platform, celebrated its 10 year anniversary with a special live event in New York City this month. Five sets, representing their popular videos, were recreated; videos were projected on these at the party.

YVStudio was hired by The 4×8 Workshop and Lauren Nikrooz to paint two of the sets: Despacito by Luis Fonsi and Wrecking Ball by Miley Cyrus.

Along with Pompei Studios, we faux-painted crumbling walls for Vevo’s most-watched music video, Luis Fonsi’s “Despacito”. This video featuring Daddy Yankee has been viewed 6.4 billion times since its release in early 2017.

END_OF_DOCUMENT_TOKEN_TO_BE_REPLACED

Rex Orange County recently made an appearance to perform his latest single ’10/10′ from his new album “Pony”.

YVStudio was commissioned by set design firm Nikrooz Studio to make a seascape (rear wall on the set) on top of which the Pony logo, as seen on his sweatshirt, was painted in special UV paint. Invisible in daylight, the logo would show up only when the stage was briefly lit in blacklight. 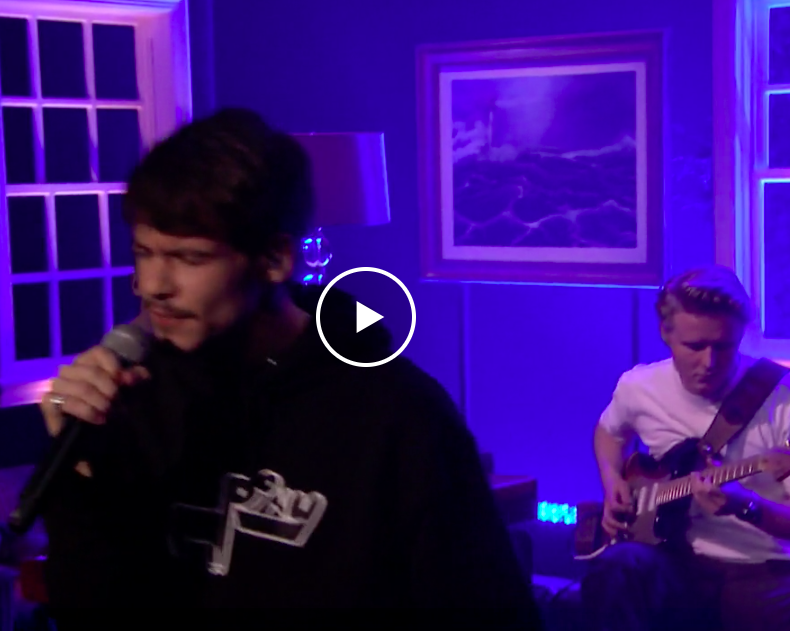 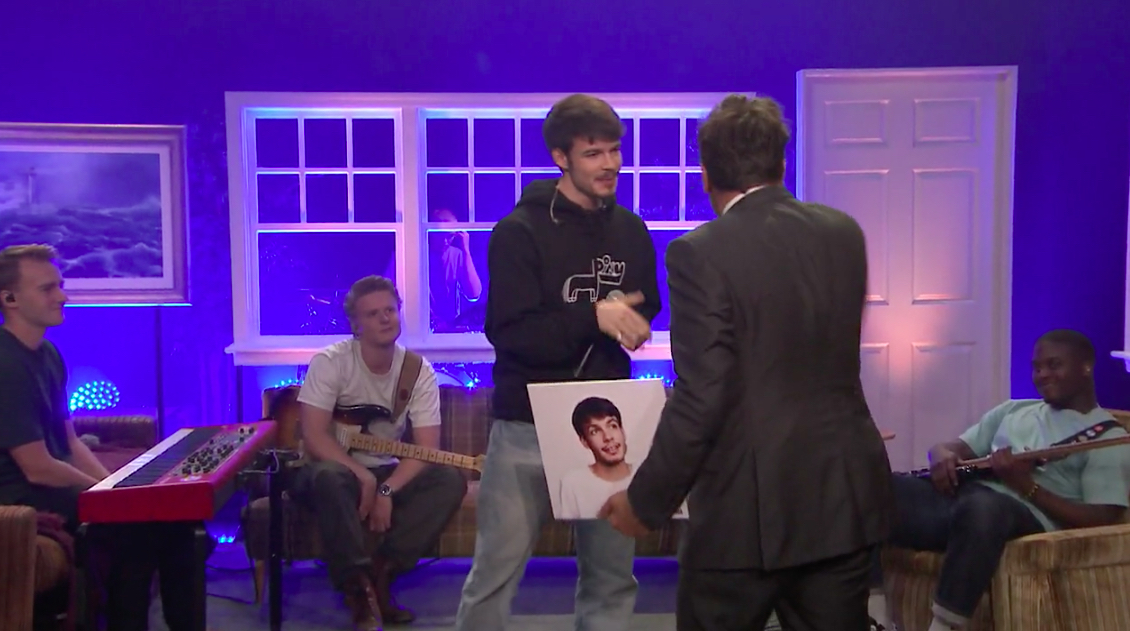 My client requested a matte finish, multi-colored Venetian Plaster instead of the usual shiny and monochrome surface associated with this technique.

The result was an ethereal-looking surface with very subtle color combinations, almost looking like a beautiful water color.

The floors were finished in a satin poly-urethane which provided the perfect compliment to the wall areas.

The extra bonus was that the apartment was huge and uncluttered, with stunning 22nd floor balcony views over lower Manhattan. 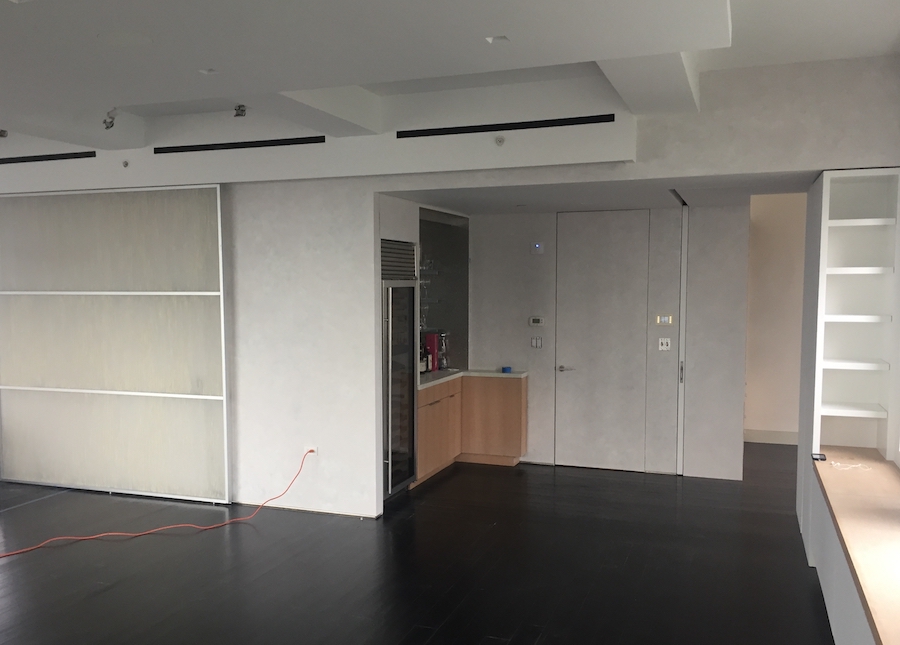 At a magnificent art deco building near Manhattan’s Metropolitan Museum YVStudio gilded a residence’s elevator entrance, the door and the panel above.

This penthouse apartment project was executed in silver leaf, keeping with the silvery elements on the building’s facade and the gilded lobby ceiling.

After applying the silver leaf in a perfect grid, the surfaces received a acrylic poly-urethane for durability.

A slightly bluish-white transparent glaze coat was applied, for an enhanced elegant look.