The Woolworth Building, which towers 60 stories and 792 feet above Broadway between Park Place and Barclay Street in downtown Manhattan, was the tallest building in the world when it was completed, in 1913. Financed by Frank W. Woolworth and designed by architect Cass Gilbert, the building won widespread acclaim for its pioneering steel-frame structure and stunning interior and exterior appearance.

Frank Woolworth reserved the entire 24th floor as his office. His private office was referred to as “The Empire Room”, and it was decorated in the Renaissance period.  A carved stone Italian Renaissance mantelpiece filled the height of the room at one end. The walls were executed in various colors of marble.

The woodwork consists of exquisite mahogany. However the entrance door to the office was metal, painted to resemble the surrounding wood surfaces. Since the building was designated a New York City landmark in April 1983, and the  faux bois finish had to be preserved, YVStudio redid that door in faux mahogany.

In 1923. The entrance door is in the distance on the left 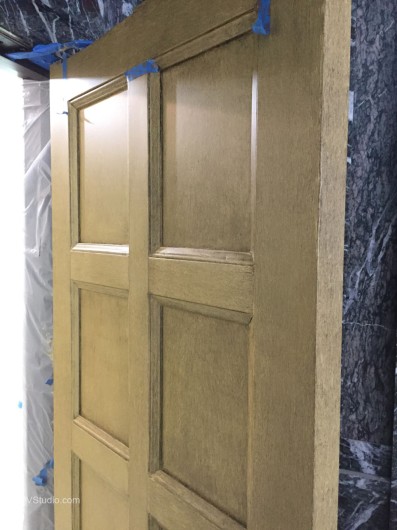 Yellow primer and base coat 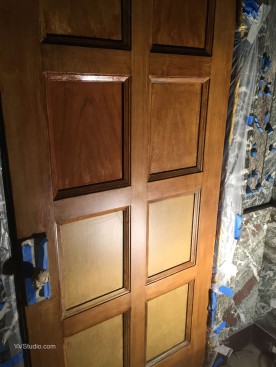 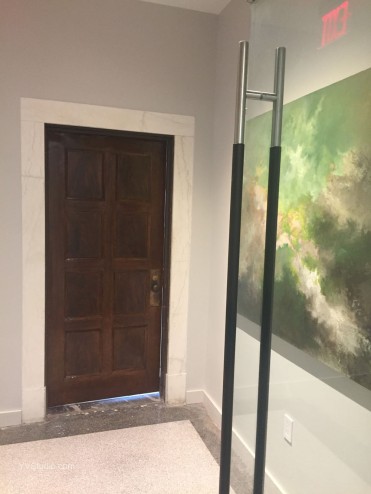 Finished entrance to the office 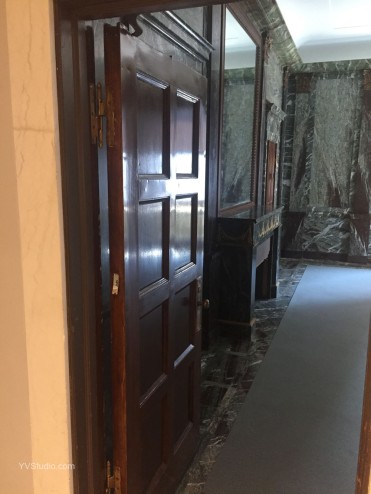 The previous paint job was removed, and a metal primer was applied, followed by two base coats. Subsequent layers of graining were finished off with a satin varnish. The door now leads to the offices of award winning design firm Tobin Parnes.

Yvonne Verwer at YVStudio LLC has done high-quality decorative and murals and decorative finishes for over 20 years in many of New York's finest homes and businesses. Her work has been shown at The French Designer Show House, and The Hudson River Show House. She has been featured in The New York Times, The New Yorker, Avenue Magazine, and Nickelodeon Magazine. View more posts